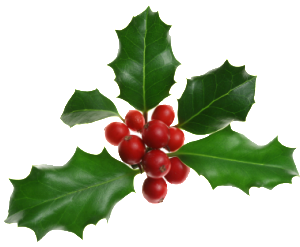 THE BEST CHRISTMAS TREE EVER

My job took me to the Pacific Northwest for a few years. It is lovely and the scenery is fantastic. I lived in Eugene, Oregon and enjoyed every minute that I was there. The best part was that you get to see the seasons change, something that often eludes us down here in our beloved Texas. Christmas was especially nice, with snow and colder temperatures that accentuated what we all envision that time of year to be.

My wife Mary is an absolute nut for Christmas; it is her favorite time of the year and she spends a lot of time (and money) decorating the house and making the most of the holiday season. I did not realize until I moved there that most of the nation’s Christmas trees are grown in Oregon. There are Christmas tree farms everywhere and they are shipped all over the country, even to Texas and Florida.

The house we lived in had a very high ceiling in the living area, so in 2006 I decided to get a really big tree for Mary to decorate (she has crates of ornaments and they are all coded into different “themes” for whatever motif she chooses for that particular year). So….one afternoon I took off in my SUV and started making the rounds of the Christmas tree farms just north of Eugene in a search for the Perfect Christmas Tree.

After looking for hours, I finally stumbled upon a place out in the boondocks that had a large assortment of huge trees. I stopped and looked around for a bit, and finally I spotted a monster tree that looked like it should be in Rockefeller Center or on the White House lawn. I asked the old boy who was running the show to tell me about the tree.

“Waaaaal,” he said, with a huge plug of Red Man in his cheek, “now, that ‘un there is a pretty special tree, you know….”

“Now, that ain’t jes’ your regular tree. Ain’t no Douglas fir or spruce or nothing like that. That ‘un is an Imperial Fir, and they don’t get no better’n that, no sir…”

“It really does look nice and I am looking for a big one. How much is it?”

“Well sir….”, he said as he spit a pint of tobacco juice dangerously close to the tree that I was planning on putting in my living room, “….. Tree like that don’t come cheap, you know. Have to charge a pretty penny for one like that. Them Imperials last a lot longer and they don’t shed much….and it’s fresh, just cut it this mornin’….have to get a good price for that ‘un, that’s for sure….”

By this point my patience was wearing thin; this idiot was wasting my time with a sales pitch for something I have already said I want to buy. If he had been working for me, I would have fired him. So I asked for one last time—-

“Now, lemme think now, got to be a fair price, after all it is ’bout the best tree we got. Did I say that it was an Imperial?”

My patience was now gone; I was reaching in my pocket for my car keys and ready to move on to the next tree farm down the road. I looked at the guy with my best tough guy impression and said,

“Waaaal, I reckon I would have to get sebendy dollers fer it….”

“Seventy bucks? Is that all? Why didn’t you say that thirty minutes ago? Strap the dad gum thing to the top of the car!!”

So I drove home with a huge chunk of the forest on the top of my car and thanked my good fortune for finding a tree that I knew Mary would love and also at getting it for such a great price. A tree that size in Florida would have cost three hundred bucks at least, so I figured I made out like a bandit.

I pulled into my driveway and conscripted my neighbors into helping me unload the BIG TREE. We set it up in the living room and when I cut the netting, it spread out into a gigantic blossom of greenery that dominated the entire house. Mary was in awe and shock; she had never seen such a huge tree before and immediately began to plan how she would decorate it and turn it into the Best Tree Ever, and seeing her so happy made my heart soar like a hawk.

The next morning when I left for work Mary was eagerly sorting through her many boxes of ornaments, mapping and strategizing her vision for decorating the enormous tree. All day long I thought about what the tree would look like when I got home. However, when I did return home I found that the tree was only half decorated—the bottom half. I asked why she was approaching the project in that manner and she brought the obvious to my attention. She could not reach the upper branches; after all, it WAS thirteen feet tall…..

“Gee, I never thought about that, honey. What can we do?”

“You need to go to someplace that sells Christmas tree stuff and get a tool of some kind that I can reach the top branches with,” she said.

So I left for Home Depot, where I was sure some sort of special Christmas Tree Reach Extender would be available. Upon my arrival, the parking lot was overflowing with cars and the store was packed with shoppers of all types. People were running over each other to buy dad that set of vice grips or socket wrenches that he had always wanted and the poor store employees looked like they were all on their last raw nerve. I wandered over to the section that featured the artificial Christmas trees and began to search for the elusive tool that would allow Mary to complete her decoration of our gigantic tree. I spent nearly half an hour looking through the shelves of ornaments, lights, Christmas tree stands, Santa Claus and elf lawn figures, illuminated reindeers, etc. Soon a beleaguered store employee approached me and asked if I needed any help. She appeared to be a kind woman, wearing one of those orange aprons, and obviously wished that the lottery ticket she had bought last night would delivery her from the purgatory of retail sales.

“Yes ma’am, I do,” I replied. I explained the story of our oversized tree and the difficulty Mary had encountered while trying to reach the upper branches. I asked if there was a device of any kind that would remedy our dilemma and she gave me an exhausted smile that conveyed her amazement as to how stupid I must be.

“Come with me, sir. I know exactly what you need.”

She took me to the other side of the store (have you ever noticed that whatever you need in places like Home Depot are always about a mile from where you came in?) and directed me to one of mankind’s greatest inventions. “This ought a do it,” she said. She was pointing to an item I had never considered—a ladder.

“Isn’t there some sort of hook type thing with a telescopic handle or something that we could use to place the ornaments with?”

She smiled as if she were addressing a small child and said simply, “No…”

Thirty minutes of waiting in line and $200 later I was the proud owner of a bright orange Home Depot Fiberglass and Steel Ladder that the clerk assured me would last a lifetime. After lugging it a half mile through the parking lot, I hauled it home and presented it to Mary, who was tickled pink and instantly began to flesh out the top half of our tree. She hurried up and down the ladder countless times with ornaments of all types and strings of lights that were all integrated into a Master Plan that she had perfectly envisioned in her mind’s eye. She continued working on it long after I went to bed. When I awoke the next morning, I walked into the living room and was overwhelmed with the most beautiful and majestic Christmas tree I had ever seen.   The only thing that was more wonderful than our tree was the smile on Mary’s face and the obvious joy she had in her creation.

There have been many Christmas trees since then, but none to compare with the Imperial Fir that made the love of my life so happy.